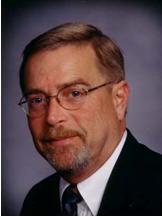 SALEM, N.Y. – (Aug 6, 2007) — The National Elevator Industry, Inc. (NEII) today announced its new codes and safety consultant. Effective January 1, 2008, Brian D. Black, president of BDBlack Codes, Inc., will assume this new role. In his new position with NEII, Black will report directly to the NEII Board of Directors. Concurrently, existing codes and safety consultant, Edward A. Donoghue, will retire from this position, although, he remains administrator and spokesperson for the organization.

“Brian’s diverse background in building codes makes him an ideal addition to the NEII team,” says Scott Stadelman, president, NEII Board of Directors, and president, North American Operations, Schindler Elevator Corporation. “With his knowledge of building codes and standards, I am confident that he will add tremendous value to NEII, helping to further our mission to advance codes and safety issues, and enhance our working relationships with local code authorities. We all look forward to Brian’s contributions.”

Black comes to NEII with an extensive background in codes and standards, as well as a broad range of elevator experience. As president of BDBlack Codes, Inc., Black has more than 30 years of experience providing consultation, training and code analysis in the field of accessibility for people with disabilities. Among his many achievements, he has assisted in the development of a national Fair Housing Training Program funded by the U.S. Department of Housing and Urban Development and administered by the International Code Council (ICC), and served as chairperson of the American National Standard A117 Task Group on Technical Requirements for Dwelling Units.

Previously, Black served as the director, building codes and standards, for the United Spinal Association, formerly the Eastern Paralyzed Veterans Association. He was also appointed to the Americans with Disabilities Act (ADA) Accessibility Guidelines Advisory Committee by the U.S. Access Board and was honored with a National Performance Review Award by former U.S. Vice President Al Gore. Additionally, Black chaired the American National Standard A117 Task Group to harmonize the national accessibility standard with federal guidelines, served as chairman of ASME A17.1 Limited-Use/Limited Application Committee and was a member of the International Standards Organization (ISO) TC/178 Working Group on accessible elevator controls.

Black has been published in several trade magazines, including Elevator World, Building Standards and Building Safety Journal, and testified on congressional committees on issues of codes and standards. He received a Bachelor of Arts degree in Education in 1981 from Michigan State University, and resides in Perry, NY.

“I look forward to working with NEII officers and members to further the advancement of industry codes and standards,” says Black. “I’ve worked with NEII in the past on various industry issues, and it is an honor to now join the organization as its codes and safety consultant. I look forward to working closely with Ed, too, to transition responsibilities over the course of the next six months.”

About NEII
The National Elevator Industry, Inc. is a national trade association representing the interests of corporations, firms or companies that, as part of their regular business, provide or perform any of the following: manufacture (including parts or components used by others in the manufacture, repair or maintenance), install, repair and maintain elevators, escalators, moving walks and related equipment. Trust membership is available to those corporations, firms, or companies who, as part of their regular business, employ members of the International Union of Elevator Constructors (IUEC) and contribute to the benefit trusts (Trusts) established by agreements between the IUEC and NEII. NEII strives to become the leader in promoting safe building transportation, as well as working with local government agencies to encourage the adoption and enforcement of the latest codes and standards