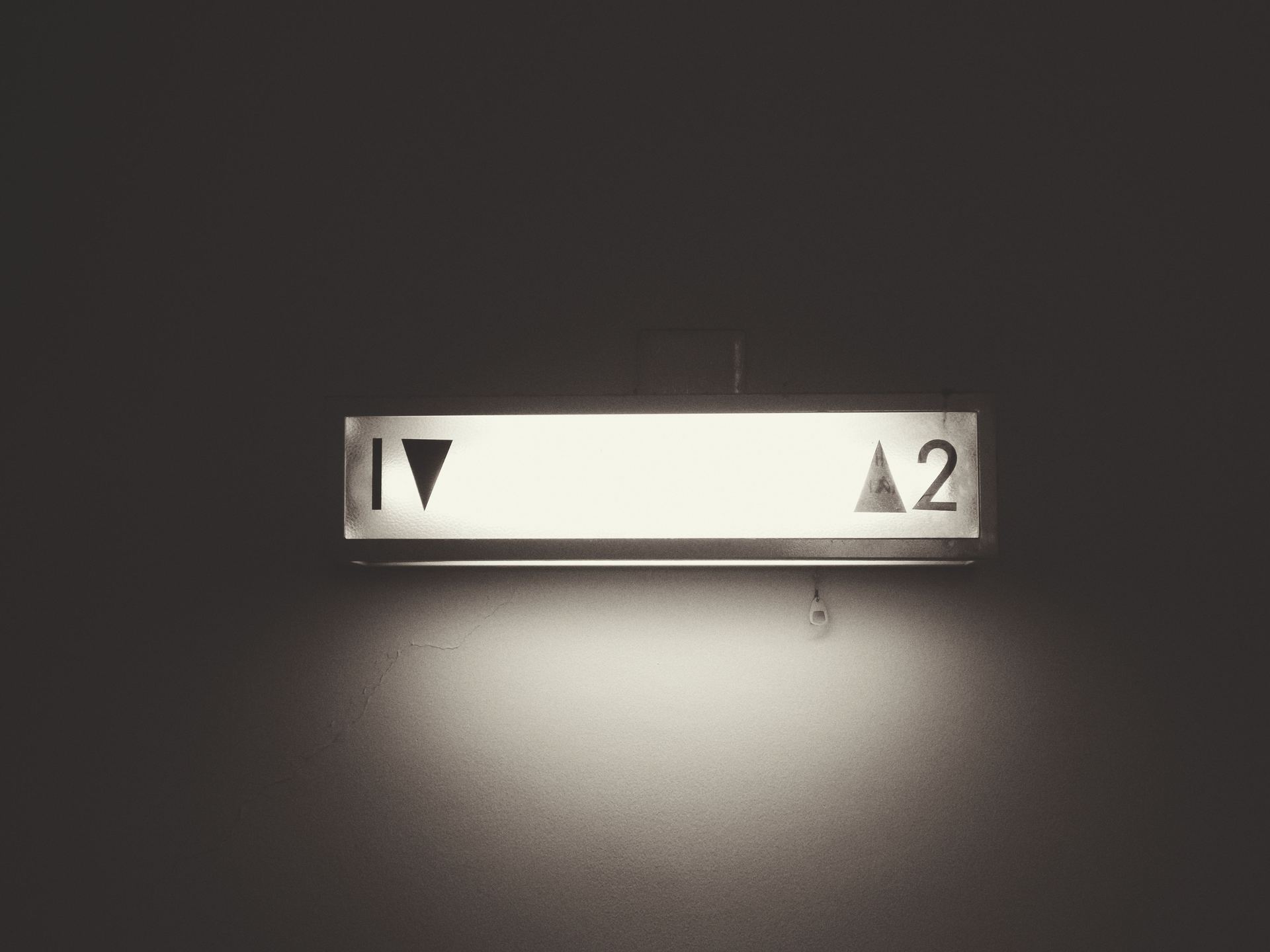 In addition to maintaining overall knowledge and experience with the ASME A17.1/CSA B44 Safety Code for Elevators and Escalators, ANSI requires that the individual AECOs be well-versed in the PBC, which provides an efficient, standardized method for establishing safety requirements for new elevator technologies. The PBC is considered an important complement to the 2007 version of the Safety Code for Elevators and Escalators – ASME A17.1/CSA B44 – which serves as the basis for the design, construction, installation, operation, testing, inspection, maintenance, alteration, and repair of elevators and escalators in the U.S. and Canada.

Process Requirements
In order to certify an innovative product, the PBC requires that applicable Global Essential Safety Requirements (GESRs) be selected from a list in this Code. A comprehensive Risk Assessment is then carried out by the applicant to ensure that the applicable GESRs have been met. The applicant is required to produce a Code Compliance Document (CCD) that includes the risk assessment; design and testing information; and various procedures necessary for the safe operation, inspection and maintenance of the elevator over its life cycle. The role of the AECO is to review the CCD and to verify that the PBC requirements have been met. The AECO reviews the applicable GESRs to ensure that the process has been appropriately executed, the risk identification and mitigation process is complete, safety parameters have been applied as needed, and residual risks have been addressed. Upon completion of the PBC compliance review, and after careful scrutiny of the CCD, the AECO would issue a Certificate of Conformance, confirming the equipment complies with the PBC. The AECO would then audit the process to verify that the certified equipment is being manufactured and installed to the requirements defined in the CCD.

To ensure a peak level of AECO competence, accreditation according to ISO/IEC Guide 65 is required. Accreditation is provided by ANSI or the Standards Council of Canada (SCC), the highest authorities in each country for national standards. Due to the superior standards set for the AECOs, this accreditation is held in high esteem by industry officials.

“AECOs are of vital importance to the industry as we continue to pursue adoption by local jurisdictions of the PBC as part of the latest Safety Code for Elevators and Escalators and for ensuring the safe and proper production of new equipment and technologies,” said Edward Donoghue, Managing Director of NEII. “Our mission has always been to encourage safe building transportation, and SCC’s and ANSI’s AECO program is an invaluable way to ensure proper processes are in effect for guaranteeing this safety.”

Applicants must meet several requirements to apply for AECO accreditation, including: proof of ownership of a certification mark and/or certificate of conformity, proof of the publicly available documents describing the applicant’s program, and a written description of the program, including a list of the standard(s) utilized and the identity of the inspection and laboratory body. Currently, the AECO applicants are still being reviewed and accreditation from ANSI may take up to another six months to complete the assessment process.

About NEII
The National Elevator Industry, Inc., is a national trade association representing the interests of corporations, firms or companies that, as part of their regular business, provide or perform any of the following: manufacture (including parts or components used by others in the manufacture, repair or maintenance), install, repair and maintain elevators, escalators, moving walks and related equipment. Trust membership is available to those corporations, firms, or companies who, as part of their regular business, employ members of the International Union of Elevator Constructors (IUEC) and contribute to the benefit trusts (Trusts) established by agreements between the IUEC and NEII. NEII strives to become the leader in promoting safe building transportation, as well as working with local government agencies to encourage the adoption and enforcement of the latest codes and standards. For more information about NEII or the PBC, log on to www.neii.org or www.pbc-elevators.com.

0 The Trustees of NEIEP are seeking a highly motivated Director

Attleboro Falls, MA – (July 11, 2008) — The Trustees of the National Elevator Industry Education Program (NEIEP) are seeking a highly motivated Director to manage and oversee the day-to-day operations of this education program, including interpretation, modification and enforcement of the standard operating procedures. This successful candidate will also be responsible for managing all NEIEP employee issues and legal matters of the business, ensuring the protection of the organization and developing education materials, tools and technology to help drive our initiatives forward.

Qualified candidates interested in applying for this position should forward their resumes and contact information to DirectorPosition@neiep.org.

0 NEII Announces New 2008 Board of Directors and Trust Commmittee

SALEM, N.Y. – (April 24 , 2008) — The National Elevator Industry, Inc. (NEII) announced today the election of its new Board of Directors, including officers and Trust Committee members. These elections became effective April 15, 2008, and were made in conjunction with NEII’s annual meeting held in Newark, New Jersey. The newly elected Board of Directors and officers include:

• Randy Wilcox, President – Wilcox currently holds the position of president, North and South America Area (NSAA) for Otis Elevator Company, where he is responsible for all business operations in these regions. He has more than 25 years of industry experience and is entering his second term on the NEII board.

• Vance Tang, Vice President – Tang is the North American Area Director for KONE Corporation and President and CEO for KONE Inc. He is responsible for the elevator and escalator business as well as the door service business being developed in the United States, Canada and Mexico.

• Margaret Rusnock, Treasurer – Rusnock is the assistant controller, internal controls for Otis Elevator Company, where she has worked for the past six years. This is her first role with NEII.

• Edward Donoghue, Secretary – Donoghue is the spokesperson and managing director for NEII. He has served NEII for over 30 years, acted as chair of numerous industry organizations and is one of the foremost authorities on elevator codes and safety, formerly serving as NEII’s Codes and Safety Consultant.

• Michael Corbo, Mitsubishi Elevator – Corbo is general manager/senior vice president of Mitsubishi Electric & Electronics, USA’s elevator and escalator division. Corbo has more than 20 years of industry experience and has been involved with NEII for 6 years; including serving as NEII’s board president from 2005 to 2007.

• Kenny Yamashiro, Fujitec America, Inc. – Yamashiro is Chief Operating Officer for all Fujitec America operations. He has 23 years of experience and has served with the company in Japan, Asia and Europe.

The NEII Board of Directors is responsible for managing and directing the affairs of the association as it pertains to its mission statement, which includes driving the formation of codes and standards, providing and supporting educational activities and acting as a conduit for communicating industry information.

• Timothy Grace, Chairman, Schindler Elevator Corporation – Grace is a member of the Schindler Management Committee and is responsible for human resources initiatives across the United States and Canada.

“NEII’s ongoing success can be largely attributed to the vast and varied experiences of the board members and trust committee,” says Randy Wilcox, president, NEII Board of Directors. “I’m convinced that the newly-elected board will continue to advance NEII’s objectives, building on past progress and bringing new perspectives to the issues at hand in the area of codes and safety.”

About NEII
The National Elevator Industry, Inc. is a national trade association that represents the interests of corporations, firms or companies that, as part of their regular business, manufacture elevators, escalators, or moving walks (including parts and components); or install, repair and maintain related equipment. Trust membership is available to those corporations, firms, or companies who, as part of their regular business, employ members of the International Union of Elevator Constructors (IUEC) and contribute to the benefit trusts (Trusts) established by agreements between the IUEC and NEII. NEII promotes safe building transportation and works with various organizations on the formation, adoption and enforcement of the latest codes and standards. For more information about NEII, log on to www.neii.org.